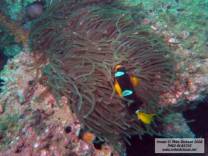 Most Popular Pictures All 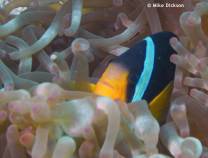 Custom Search
Best Dive Movies
Best Dive Photos
Best Dive Sites
Free Subscribe
, if you would like to give Greatest Dive Sites permission, only by request, to upload dive items to your FaceBook account and visa versa.

The sultanate of Oman has a coastline of 1700 kilometers, perfect conditions to be a prime diving destination.

Take a look at all the pictures!

Recent diving activity from our members

Movies katja neisius
Maximize
North Bay, North Bumps:
The northern most dive site of Fahal is named North Bay or North Bumps.
- Mazens Reef
- Pauls Point
Dive Sites Mike Dickson
Shallow Reef:
Shallow Reef is to the east of North Bay. The site comprises of two large rocks, the top of which is around 18 meters. M...
Messages Mike Dickson
Al Munasir:
I am the diver in the yellow & black wetsuit in the photograph. I am diving with my buddy Ziad. This wreck is a ...
Messages Adam Rickenberg

The sultanate of Oman is one of the most untouched dive destinations of the world. Sights you can see in this magical country are the Sultan's palaces, Bedouin camps, oasis, desert castles and forts, all remains of Oman's rich history. Oman's most northern province is Musandam with some rugged mountain scenery and short connections to Dubai and Abu Dhabi. The green Capital Musqat, its business district Muttrah and the town Sur offer some excellent parks, mosques, towers, museums, culture, souqs and palaces. Oman's richdom comes from the export of pearls, dates, fish and of course oil. The country is surrounded by the Straits of Hormuz, the Gulf of Oman and the Arabian Sea in the south.

Boat tours to Bandar al Jissah and Bander Khairan are well worth the twenty minutes boat trip from Musqat as you will find warm tropical waters in a tranquil and peaceful area. Several groups of islands such as Fahal Island and Daymaniyat Island offer multiple day tours to secluded diving and panoramic beaches. The green town Salalah in the south is known as the perfume city of Arabia and is set in a tropical lush climate creating an environment for cattle, hyenas and leopards. Oman is voted as the safest Muslim country in the Middle East where crime and terrorism is virtually inexistence. Respect Omani customs though and dress appropriately when visiting religious and public places.

Scuba diving at the virgin un-spoilt reefs which are abundant in sea-life have become popular for international tourists with a steady growing reputation. And not without reason; the warm waters of the Arabian Gulf, Gulf of Oman and Arabian Sea provide excellent environments for hard and soft corals to grow. There are dramatic wall dives, excellent caves and coral lined fjords to choose from while on a dive tour in Oman. Visibilities range between five and twenty meters with a small dip during the planktonic blooms in June and July. Water temperatures are between twenty and thirty degrees attracting marine life, from small nudibranches to big manta rays and whale sharks. Visit Oman now while it is still a world class diving and snorkeling secret.

Take a look at some of the other dive destinations.